Meet the CEWD Board: Gery Gorla

A Q&A with one of CEWD’s newest board members 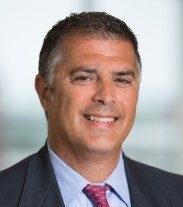 Gery Gorla is Vice President, Chief Human Resources Officer at Spire, Inc. Gery joined CEWD’s Board of Directors in late 2020. Recently, he shared his vision and passion about issues affecting the energy industry and how he hopes to contribute as a new board member.

Q: What excites you about the work of CEWD and where do you see opportunities for the organization as it continues to help ensure a pipeline of skilled, diverse talent for the energy industry?

A: I think what excites me the most is the changing workforce and the changing work environment of utilities. When I started here, our field employees performed more physically demanding work. That has changed significantly today. Our work is virtually all equipment-based and computer-based. The technical side of the job has changed dramatically.

But there are a lot of people who don’t understand the jobs that are now available in the energy industry, all the opportunities we have to offer. We struggle with getting qualified, technically oriented folks in the door. It’s expensive and it’s hard to hire people and then spend time training them. We can train people on what they need to know about natural gas, but we also need them to be able to solve problems and think strategically and critically about the best way to serve our customers. Where CEWD comes in is supporting that training, by making sure people understand that these are the skills we need in this industry.

Q: How do you see the energy industry changing over the next few years? What do you think CEWD can do to help energy companies and their education partners prepare for these changes?

That’s something this industry hasn’t had to do before but we have to do it today. CEWD can support this by helping us to create partnerships with technical schools and university programs. They can influence the curriculum, so schools are helping individuals develop the skills we need. The curriculum has to change with the times. CEWD can be a catalyst to create a workforce that can thrive and advance as things change.

Q: Tell us about your own career path.

A: I’ve spent my entire career at this company.

I went to the University of Missouri – Mizzou. Back then, Spire was Laclede Gas Company. Laclede came on campus to recruit. I interviewed with them, but I wasn’t sure what I wanted to do yet.

Laclede offered me a job in the budget department and I took it. One of the things I worked on early in my career was an employee demographic study. I noticed that more than half of the non-union employees at the time were close to or over the age of 50. I did the math in my head and figured out there might be some opportunity for advancement if I could stick around.

It was also a company that had a really good benefits package. I used those benefits to go back to school and get an MBA, but I still wasn’t really sure what I wanted to do. The closest I came to leaving was taking the test to join the FBI in 1988. But at the end of the day, I stayed. One of the reasons I did so was I seemed to get a different job within the company every couple of years. I never got stuck in one area, which can happen in a utility. Every 18 to 24 months, I was moving on to a new assignment and getting the opportunity to work on something different.

In one of those jobs, I got exposure to labor relations and contracts. I found that work very interesting and, ultimately, I ended up spending several years in labor relations working closely with our field unions. Ultimately, I advanced to Director, Labor Relations where I led our collective bargaining contract negotiations and was heavily involved with the grievance and arbitration process.

Shortly after the company changed leadership in 2012, we acquired Missouri Gas Energy (MGE) on the west side of the State of Missouri. I was asked to lead the integration of Missouri Gas Energy into what was then The Laclede Group. This acquisition essentially doubled the size of our company. While we were working our way through the integration of MGE, we purchased Alabama Gas, which was another significant integration effort. Our head of HR retired and shortly thereafter, I was asked I would take that position. I’ve been leading the HR team since 2015. It’s been a really interesting path, and the company has changed significantly in the 35 years that I’ve been here.

I don’t regret that I never left, because it always felt like the right place to me, from a people perspective. One thing that has always impressed me is that our employees are at their best when our customers need us most. Especially when there’s some type of disaster – a tornado or flood – our folks all pull together and really do a great job for our community and our customers.

Q: What do you hope to accomplish as a board member? What do you feel you can contribute that is different or unique?

A: I think the first thing I want to accomplish is to gain a greater understanding of everything CEWD is involved in.

CEWD focuses on energy broadly. The natural gas space is changing a little more quickly than some of the other sectors of the industry. As a natural gas provider, some of the skill sets we need are different than what others in the energy industry may require, but the industry overall can benefit from a well-rounded approach. I will bring that natural gas view of things to the board because of my background here.